The anticoagulant properties of the endothelium are mediated, among others, by the endothelial protein C receptor (EPCR). EPCR is highly expressed on endothelial cells lining arteries, veins and capillaries, where it binds protein C (PC) and mediates its activation to generate activated protein C (APC), a circulating anticoagulant serine protease that signals via protease-activated receptor-1. Previous studies have shown that the cellular APC pathway exerts strong vasculoprotective effects, in addition and independent of its anticoagulant properties, including anti-apoptotic and anti-inflammatory activities. Moreover, studies in preclinical models suggested that APC promotes angiogenesis following cardiac, renal or brain ischemia. The role of EPCR in mediating new vessel formation has not been directly examined so far. Moreover, EPCR is expressed on various (potentially proangiogenic) cell types beyond endothelial cells, including pericytes and hematopoietic stem cells, but the cell-specific contribution of EPCR signaling to new vessel formation is unknown. Our own preliminary data in genetically modified mice suggest an important role for EPCR expression on endothelial cells during neovascularization in response to ischemia and that absence of EPCR on endothelial cells is associated with increased transdifferentiation into myofibroblasts. In this translational research project, we plan to study the role of EPCR during new vessel formation and in particular the differential role of EPCR expressed on endothelial cells or myofibroblasts/pericytes in more detail using newly generated mouse lines with inducible reporter gene expression as well as endothelial and pericyte-specific deletion of EPCR. Our analyses will focus on angiogenesis in response to ischemia induced by permanent unilateral ligation of the femoral artery and the time course, lineage specification and transdifferentiation of cells expressing EPCR. To translate our findings in mouse models of ischemia to the clinical scenario, we will determine circulating soluble EPCR levels as well as factors involved in its proteolytic shedding from the cell surface and markers of endothelial dysfunction and inflammation in patients with peripheral ischemic artery disease. 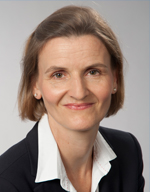 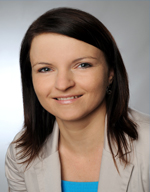