The antiphospholipid syndrome (APS) is characterized by venous and/or arterial thrombo-embolism and severe pregnancy morbidity in women combined with the persistent presence of antiphospholipid antibodies (aPL). Regarding the thrombotic risk of APS it has been shown that aPL are able to activate endothelial cells, leukocytes and platelets. However, aPL exhibit large inter- and intra-individual heterogeneity, which makes it difficult to identify unique pathomechanisms of aPL. Recently, we have shown that epitope specificity of the two major groups of aPL, i.e. cofactor independent anticardiolipin antibodies and anti-β2GPI antibodies, defines differential signaling pathways and functional responses in monocytes and endothelial cells. It is known that dimeric anti-β2GPI antibodies activate platelets and induce thrombus formation in mice, which involve the platelet receptor LRP8. However, detailed mechanisms, how anti-β2GPI antibodies mediate platelet activation, are not known so far. We could show that our well-characterized anti-β2GPI aPL activate platelets while cofactor independent anticardiolipin aPL have no effect. mTOR is involved in this signaling process, which has also implications beyond APS, because so far the role of mTOR signaling in platelets is incompletely explored and requires further study. Further preliminary data indicate that the anti-β2GPI aPL act via the FcγIIA receptor. Therefore, we hypothesize that distinct aPL antibodies directed against β2GPI induce activation of human platelets via the FcγIIA receptor alone or potentially in cooperation with other platelet receptors. All platelet studies will be performed in close collaboration with K. Jurk at the CTH and her CTH-platform “Platelet Function”. In WP 1, using human platelets, we aim to elucidate platelet signaling pathways and in vitro activation responses induced by the anti-β2GPI antibodies HL7G, rJGG9 and related APS-patient IgG in comparison to FcγRIIA-mediated activation via FcγRIIA –crosslinking in the absence and presence of pharmacological inhibitors of ITAM- and mTOR signaling as well as of platelet feedback activation. In WP 2 we aim to identify potentially additional receptors involved in anti-β2GPI antibody-induced signaling and activation of human platelets. Here, we will use function blocking antibodies and human receptor-deficient platelets addressing known co-receptors of FcγRIIA such as integrin αIIbβ3 and GPIbα as well as potential FcγRIIA co-receptors such as CD36 and LRP-8. In WP 3 we will use wild-type mouse platelets lacking FcγRIIA to examine whether our human anti-β2GPI aPL bind to and activate platelets in vitro independently of FcγRIIA. From these studies we expect to get new molecular and functional insight into the activation of human platelets by distinct anti-β2GPI aPL and potential differences to mouse platelets. The understanding how these aPL induce distinct platelet activation responses, is expected to identify new diagnostic and therapeutic targets for the thrombotic pathogenesis of APS. 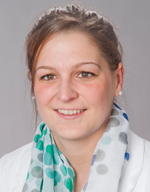 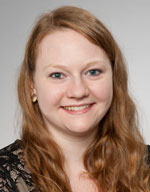 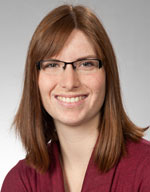