TRP X38 Endothelial glycocalyx as interaction base between coagulation and the endothelium in vascular inflammation and ageing.

In physiological conditions, the endothelial layer is not directly in contact with the blood, it is covered with abundant proteoglycans (syndecans, glycosaminoglycans) which is called the glycocalyx and forms the interface between blood and parietal cells and compounds.

The mesh formed by the glycocalyx contains 1 to 1.5 l of plasma which is in a dynamic equilibrium with the flowing blood. It is therefore not surprising that the glycocalyx is also participating in the anticoagulation function of the endothelial cells since it is trapping anticoagulant molecules like thrombomodulin (TM), tissue factor pathway inhibitor (TFPI) and endothelial protein C receptor (EPCR). The glycocalyx also protects the endothelium from immune cells rolling and adhering to the vascular wall. Elevated plasmatic sydecan-1 may indicate glycocalyx degradation. Syndecan-1 as well as TM were recently found to be elevated in patients with ST-elevation myocardial infarction STEMI).

Also recently, syndecan-1 was found to be correlated with the development of intravascular coagulation in septic patients. These results provide new insights into the relation between endothelial glycocalyx and the cardiovascular risk.

Most studies recently performed on the functional relation between coagulation factors and cells from the vascular wall did not account for the presence of the endothelial glycocalyx. Interestingly, since its discovery, the endothelial glycocalyx attracted some scientific notice until the 80s before decreasing and finally more and more moving again into scientific focus since 4-5 years. This unusual change came from the difficulty to study the glycocalyx in the past. Indeed, only electron microscopy was the main method to assess the glycocalyx state while now other technics are available (e.g., ELISA for degradation products, confocal microscopy, qPCR). Another recent work described the glycocalyx as a relevant anchor for the von Willebrand Factor. A result which strengthens the importance of the glycocalyx occurred in one of our former studies on the effect of aging on hemostasis in the obese Zucker rats. Here, we observed that the endothelial cells had a very important gelatinolytic activity (MMP-2 and 9) while inflammation due to obesity was much less important indicating that the glycocalyx might be of first importance in the process of vascular aging. Interestingly, a few months ago a first article about the worsening of the glycocalyx state during aging was published6. How exactly the glycocalyx regulates the aging process interacting with coagulation factors and their direct and indirect effects on the vascular wall remains widely unknown. 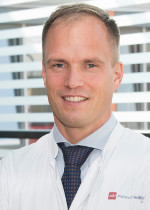