The intestinal epithelium is the largest body surface separating the external environment from the internal milieu [1], and the one characterized by the highest renewal rate [2]. The small intestine mucosa, which is composed of a monolayer of intestinal epithelial cells (IECs) on the underlying lamina propria, is organized in villus structures and crypts of Lieberkühn. Regeneration of the epithelial lining occurs thanks to 4-6 intestinal stem cells (ISCs) at the base of each crypt [3,4], which are able to generate four terminally differentiated IECs lines, i.e. i) simple absorptive enterocytes; ii) mucin-secreting goblet cells; iii) enteroendocrine cells and iv) Paneth cells [5-8]. The cascades regulating ISCs differentiation [9] include Wnt/β-catenin, Notch, Hedgehog (Hh) and bone morphogenetic protein (BMP) pathways [4].
BMPs are growth factors [10-12] that emerged as key actors in gut morphogenesis and patterning [13-15]. In the small intestine, regular-spaced villi emerge in correspondence of clusters of mesenchymal cells, under regulation of epithelial Hh signaling [16] that yet, is expressed uniformly [17,18]. Consequently, a patterning cascade must arise downstream of Hh, according to a Turing-like activator/ inhibitor mathematical model. Since BMPs are known Hh-targets [18], Walton et al. identified the BMP pathway as the Turing inhibitor in villus formation, in contrast to Hh [19]. Indeed, BMP-soaked agarose beads were able to prevent villus formation (for BMP2 from 125 ng/ml) [20], while when the BMP-inhibitor dorsomorphin was added, patterned spot-like clusters turned into large stripes. Before cluster assembly, BMP4, BMP5 and BMP7 are expressed in many sub-epithelial cells, whereas BMP2 is primarily epithelial. As the villi emerge, BMP2 shifts towards the clustered cells, and, eventually, all BMPs (except BMP7) were detected in the mesenchyme [19]. Signal transduction of BMPs occurs through promiscuous interactions to type I and II receptors, thus promoting the assembly of a hetero-tetrameric complex [21-25]. BMP2 can bind to type II receptors BMPRII, ActRII and ActRIIb [26], while the type I receptors involved are ActRI, BMPRIa and BMPRIb [27,28]. Among the target genes of BMPs cascade, the inhibitors of DNA binding (IDs) are a special class of helix-loop-helix (HLH) proteins, which arrest the transcriptional activity of other HLHs [29-31]. In particular, BMP2 regulates the expression of ID3 in a variety of cell types in a time- and dose-dependent manner. In an interesting paper, the authors used siRNA to identify BMPRII and BMPRIa as the privileged receptors triggering ID3 signaling in LβT2 cells, an immortalized murine gonadotrope cell line [32]. These observations prompted us to extend the investigation of this biochemical cascade in the regulation of small intestine remodeling.

In addition to this traditional pathway, other ‘non-canonical’ receptors could play a role in BMPs-mediated gut renewal and remodeling [33]. Protease-activated receptors [34-42] such as PAR1 [43,44] and PAR2 [45-46], are expressed in the enterocytes and intestinal endothelial cells [47,48]. Furthermore, both these receptors were detected in ISCs: while PAR2 has a role in the colon [49,50], the effect of PAR1 remains elusive, but could be affected by external factors. A landmark study demonstrated that the intestinal expression of PAR1 is upregulated by the gut microbiota [51]. These resident bacteria constantly challenge the host’s immune system by stimulating pattern-recognition receptors (PRRs), and PARs were reported to cooperate with toll-like receptors (TLRs) in evoking the innate immune response [52,53]. On note, the gut microbiota contributes also to BMP2 production by macrophages [54,55]. The impact of gut microbiota on the expression of BMP2 in IECs is still a matter of debate.

Preliminary data performed in the Reinhardt lab demonstrate that:

i. The gut microbiota drives the intestinal expression of proteins belonging to BMP2 signaling pathway | Germ-free (GF) mice are invaluable animal models to unravel the impact of the resident bacteria on the host physiology [56]. qRT-PCR analyses performed on small intestine specimens demonstrate that mRNA levels of BMP2, BMPRII, and ID3 are lower in GF mice with respect to conventionally raised (CONV-R) controls, while BMPRIa expression was unaffected.

iii. Expression of PAR1 and BMP2 is positively linked | Since PARs cooperate with TLRs in the orchestration of immune response [52,53] we examined mRNA levels of PAR1 in small intestine of Tlr4-/- mice by qRT-PCR, and found them reduced with respect to WT controls. Thereby, we explored gene expression of BMP2 and ID3 in a mouse model knockout for PAR1 (F2r-/- mice). As revealed by qRT-PCR, both these genes are downregulated in F2r -/- mice.

Open questions remain on the gene and protein expression of BMP2-pathway in IECs, and in its cell-specific regulation by TLR4 and PAR1. To address these issues, we will use two IEC-specific mouse models knockout for PAR1 and TLR4. Histological analyses on these mouse strains will add further details on villus patterning. The shallower crypts in F2r ΔIEC mice could be indicative of a reduced proliferation in the ISC niche. Hence, the epithelial renewal rate of GF, PAR1- and TLR4-deficient mice will be quantified by immunohistochemistry assays. 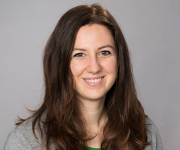