We want to analyze specifically the DNA and RNA sequences and the protein factors interacting with sequences important for the regulation of human pro-inflammatory gene expression.

One focus of our research is the analysis of the molecular regulation of human iNOS expression.

In most cells, the induced NO-Synthase (iNOS) like other pro-inflammatory mediators is expressed only after induction by different stimuli. After induction the translated iNOS enzyme produces high amounts of NO. Macrophages (and other cells) use the high production of NO by iNOS to kill bacteria, fungi, virus, parasites and tumor cells. Therefore, NO is an essential component of the unspecific immune defense system. Beside this important role in the immune system NO produced by iNOS seems to protect against liver injury and is important for skin wound healing. However, iNOS over-expression is also causally involved in several pathophysiologic situations like pancreatic b-cell destruction in diabetes type I, rheumatoid arthritis, multiple sclerosis, inflammatory bowel disease, asthma and septic shock. In these diseases, iNOS is expressed mostly in cells normally producing little or no NO.
iNOS seems to be regulated mainly at the level of gene expression. Both regulation of iNOS promoter activity and iNOS mRNA stability has been shown by us (and others) to be important for this regulation.´

Enhanced production of reactive oxygene species (ROS) plays a major role in the development of cardiovascular diseases. To protect cells from the toxic effects of ROS the expression of anti-oxidative proteins is enhanced. We want to analyze which cis and trans-acting factors are important for the regulation of the expression of anti-oxidative proteins in human cells.

Organic nitrates like nitroglycerin (NTG) and pentaerithrityl tetranitrate (PETN) are used in the treatment of angina pectoris, myocardial infarction, and congestive heart failure. Recent data show marked differences in the effects of NTG and PETN on the generation of reactive oxygen species. These differences are attributed to different effects of NTG and PETN on the expression of antioxidative proteins like the heme oxygenase-I.
To analyze the expressional effects of NTG and PETN in a more comprehensive manner we performed whole genome expression profiling experiments using cardiac total RNA from NTG- or PETN-treated rats and DNA microarrays containing oligonucleotides representing 27,044 rat gene transcripts. The data obtained show that NTG-treatment results in the induction of cardiotoxic gene expression networks leading to an activation of mechanisms, which result in pathologic changes in cardiomyocytes. In contrast, PETN-treatment seems to activate gene expression networks, which result in cardioprotective effects.
We want to analyze whether these data obtained in the rat system are transferable to the human system. Therefore we are currently analyzing the effects of organic nitrates on the expression of cardiovascular important genes in human specimen (heart, blood cells) or human cell culture cells

As demonstrated by the action of glucocorticoids, modulation of pro-inflammatory gene expression is an effective and powerful way to control inflammatory processes in asthma, rheumatoid arthritis, or systemic lupus erythematosus. Fungi are an extremely great source of secondary metabolites, some of which are able to inhibit pro-inflammatory mechanisms. In cooperation with PD Dr. G. Erkel (University of Kaiserslautern) and the Institute of Biotechnology and Drug Research (IBWF), we isolated new fungal anti-inflammatory compounds acting on the level of gene expression by molecular screening techniques. These substances reduce pro-inflammatory pathomechanisms in cellular and animal models of human chronic inflammatory disease. 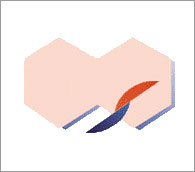