Next workshop: to be announced

For the workshop 5 CPs for scientific skills training can be credited. 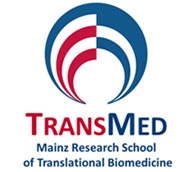